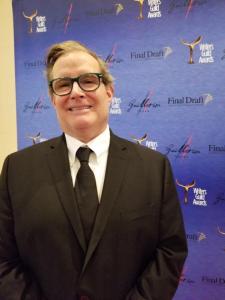 The Portland Film Festival has announced Director Thomas Mignone as the winner in the Best Director category for his new feature The Latin From Manhattan, the festival’s opening film.

PORTLAND , OREGON , UNITED STATES , October 27, 2022 /EINPresswire.com/ — The Portland Film Festival has announced Director Thomas Mignone as the winner in the Best Director category for his new feature The Latin From Manhattan, the festival’s opening film. Mignone is known for his highly original film On The Doll and his intense conceptual visions for MTV Award-winning musical artists such as Mudvayne, Slipknot, and System Of A Down.

The Latin From Manhattan: The Vanessa Del Rio Story follows the wild, exhilarating life of legendary adult film icon Vanessa Del Rio, set against the backdrop of organized crime-controlled Times Square during the 70’s and 80’s.

“I love working with original stories and finding a way to present them in a light that remains true to their spirit and is embraced successfully by a very wide audience. Even though Vanessa was an adult star, she never allowed herself to be victimized or denegrated for her choices. I feel audiences today will resonate with her determination to proudly stand up for who she was and for not allowing herself to be treated in any misogynistic way” said Director Mignone.

“Director Thomas Mignone’s talent in storytelling is no secret in Hollywood. “The Latin From Manhattan” brings the provocative and important life of Vanessa Del Rio into cinemas.” said Josh Leake – Executive Director and Founder of Portland Film Festival

Celebrating its 10-year anniversary and named “one of the coolest film festivals in the world” by MovieMaker Magazine, the 2022 Portland Film Festival presented by Comcast takes place in person at Lloyd Center Mall October 11 – 23 and virtually October 11 – November 27, 2022.

This year’s festival was packed with movie marathons, panels with mental health professionals and criminal detectives, hundreds of independent film screenings, director’s chats, networking events as well as educational workshops and panels. The Portland Film Festival is accessible from around the world online at portlandfilm.org, and Comcast subscribers with an X1 voice remote or Flex streaming device will have easy and free access to a collection of films.

Comcast subscribers across the nation will have free access to a collection of films by simply saying “Portland Film Festival” into their X1 or Flex voice remote during the festival.

Comcast Corporation (Nasdaq: CMCSA) is a global media and technology company that connects people to moments that matter. We are principally focused on broadband, aggregation, and streaming, with over 56 million customer relationships across the United States and Europe. We deliver broadband, wireless, and video through our Xfinity, Comcast Business, and Sky brands; create, distribute, and stream leading entertainment, sports, and news through Universal Filmed Entertainment Group, Universal Studio Group, Sky Studios, the NBC and Telemundo broadcast networks, Peacock, NBC News, NBC Sports, Sky News, and Sky Sports; and provide memorable experiences at Universal Parks and Resorts in the United States and Asia.

About the Portland Film Festival

Founded in 2012, The Portland Film Festival is one of Oregon’s largest film festivals and was named “one of the coolest film festivals in the world,” by MovieMaker Magazine. It is a non-profit, year-round organization dedicated to nurturing filmmakers and audiences by
celebrating the power of a good story. The Festival focuses on the people, ideas, technology, skills and artistry behind filmmaking and provides both entertaining and educational opportunities for the public.