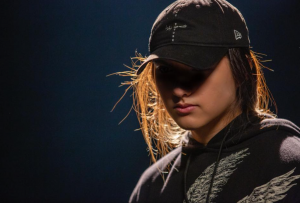 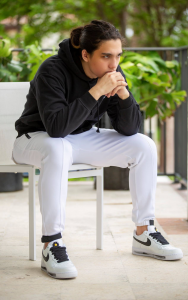 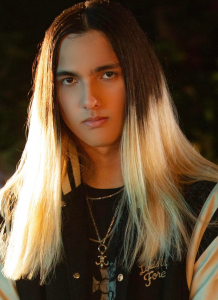 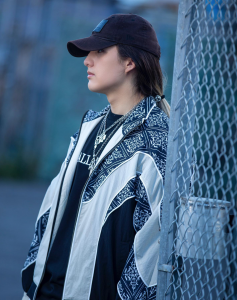 I sometimes draw ideas from books I’ve read rather than daily life experiences.”

MIAMI, FL, USA, October 6, 2022 /EINPresswire.com/ — In less than two whirlwind years – from summer 2020 to spring 2022 – DICI has evolved from a quarantined 17-year-old freestyling rhymes and mastering the Pro Tools rig in his bedroom to emerging rap star with thousands of worldwide followers, a popular critically acclaimed indie EP on his own label (DICI Records) and an ever-growing discography of more than 17 singles. Since dropping his self-titled debut in January 2021, the multi-talented Italian born, Milan and Miami raised artist’s infectious tracks and dynamic, professionally directed and produced videos have garnered massive press hits, over 5M combined Spotify streams and YouTube views and over 100K Tik Tok followers.

“305-INTERLUDE” from that debut collection alone has scored over 378K streams on Spotify – where it blew up after being included on the taste making “Chill Rap Vibes 2021” playlist – and over 555K views on YouTube. The hard-hitting videos (13) for most of DICI’s tracks – including “305-INTERLUDE,” “u n i,” “Will You Stay,” “4Door”, “Flip” and his most recent single “Do What I Can” – have been directed by Associated Press and Emmy winning director and cinematographer Brian Bayerl of Greendoor East Productions and promoted by UE3 Promotions. The video DICI and Bayerl shot for “Shibuya” – a homage to the rapper’s half Japanese heritage on his Mom’s side – was shot at the state of the art Robot Studios, with DICI surrounded by fast moving images of Shibuya Crossing in Tokyo created on an LED wall called the Volume – a technology used in the Disney+ series “The Mandalorian.”

While working diligently on his developing creative aesthetic, ever maturing and insightful narrative flow and composing and production skills, DICI often posted short video snippets on YouTube to keep his eager fan base in the loop about what he was working on. He called these posts “DICI Doses,” which is also a play on the Spanish word for two.

While a year of COVID-19 and its resulting quarantine kept many established artists off the road and in ongoing career shuffle mode, the down time from school gave DICI – free from his extracurricular lacrosse and weightlifting schedule – a chance to focus on his true passion. Along the way, as he learned how to create beats and sonic textures and record his raps over those, he became an ultra-prolific writer. Testament to his prolific songwriting, once in a single week when he was caught up with his schoolwork, he went on a tear and wrote and produced four songs that became his 2021 signature singles “Flip,” “Art of War,” “Five Rings” and “I’ve Been Dreaming.” DICI’s other tracks this past year include “Something’s Right” and “Something’s Right (Dance Mix),” “E to S,” “u n i,” “Will You Stay,”” Do What I Can”, “Eye to Eye”, and the upcoming “Left To Right.”

As for his process, the rapper explains that for his more melodic songs, he creates the beat first and then develops the song around that groove. He finds it easier to write when he has an idea of what he’s going to be talking about in the song upfront. DICI has done quite a bit of traveling for someone his age – including traveling to Japan countless times and even going to school for a time in Tokyo – and these experiences have inspired songs like “Shibuya.” Considering the fact that DICI is so artfully blending powerhouse beats and a soulful, melodic, sometimes hypnotic synth generated flow, it’s perhaps best to paint our understanding of his tracks in broad strokes.

“Still, because I’m young and often isolated working in my bedroom,” he says, “I sometimes draw ideas from books I’ve read rather than daily life experiences. So ‘Five Rings’ for example comes from ‘The Book of Five Rings,’ a text on ‘kenjutsu about sword martial arts written by 17th Century Japanese swordsman Miyamoto Musashi. Likewise, when I was in Italy with my family two years ago, I read Freud’s ‘The Interpretation of Dreams’ and I had ideas from that book in the back of my head when I wrote ‘I’ve Been Dreaming,’ which naturally has a very dreamy vibe to it.”

Beautiful Collision is currently charting at number 58 on the Billboard BDS Pop Charts and is the second most added independent artist at radio. The visuals were also just accepted to MTV and the California Music Channel.