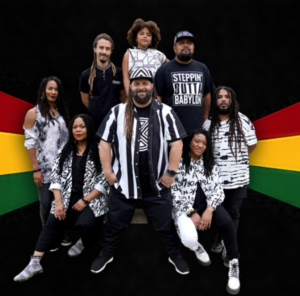 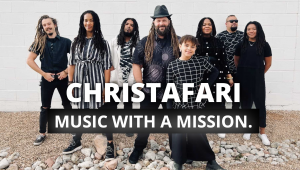 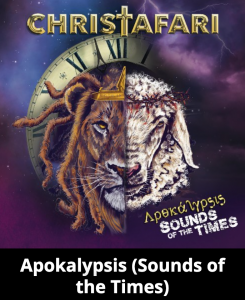 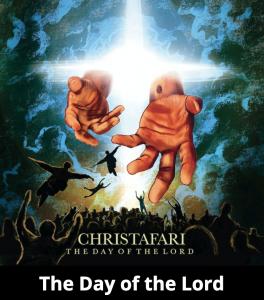 ‘The Day of the Lord’ – Christafari Band

Christafari – Much More Than Musicians – Spreading Message of Hope in the U.S. and Throughout the World.

UNITED STATES, November 17, 2022 /EINPresswire.com/ — As trailblazers, Christafari is continually pioneering the genre of Gospel reggae in the U.S. and throughout the world. But the band is more than just musicians; they’re “musicianaries” (musical missionaries), spreading the message of hope and salvation globally with a relentless touring and release schedule. To date, they’ve ministered in 85 nations, all 50 of the United States, and released over 100 music videos.

After the inception of Christafari, the band took several annual mission trips to Jamaica. “The funny thing is that one of my first prayers to the Lord after coming to Christ,” recalls Mohr “was, ‘Please don’t make me a missionary in the jungle in some Third World country.’” He now thanks the Lord for not answering that prayer – for it would quickly become the greatest desire of his heart.

After visiting places like Africa, Central and South America, and some of the most remote islands on earth, it became clear also to the rest of the band that these were the types of places that the Lord wanted them to invest their time and talents in from here on out. Their mission was simple: “To reach the lost at any cost and make disciples of every nation.” But the band quickly became troubled by the reality that Third World nations and developing countries couldn’t afford to fly out even a single member of the band, let alone their entire team. So they became full-time musical missionaries – willing to travel to the ends of the earth in an effort to preach the Gospel through the universal language of music to those who could never afford them in conventional terms. Each of the members in Christafari has the same mission and vision, a commitment that requires tremendous sacrifice and discomfort. But this is right where they believe the Lord has called them. Seeing lives changed across the globe makes it entirely worth their while, and the results have been astonishing: in the last few years alone, the band has seen over 3/4 of a million decisions for Christ at their free outreach events! They are well on their way towards their goal of seeing one million decisions for Christ.

Not only does the band travel the world proclaiming the Good News of Jesus Christ through reggae music, but they’ve also set out to be the hands and feet of Jesus. They try to find and fill a need in each country they visit, such as outreaches in trash cities and slums, serving at orphanages, feeding the hungry, clothing the poor and ministering to those whom Jesus called “the least of these.” “Christafari’s mission is simple: to go to the ends of the earth until all have heard, and until all have heard, we’re not quitting.” – Mark Mohr

Christafari is no stranger to chart success. Since the release of their first “Reggae Worship” album in the early 90s, most of their CDs have held high positions on both the Christian and/or Reggae Billboard charts. In 2012 Christafari made history as the first Gospel artist to hit #1 on the Billboard Reggae Charts with “Reggae Worship: a Roots Revival.” Each of the band’s 5 subsequent studio releases has also topped the Billboard Charts. However, speaking about the band’s chart successes, Mohr states, “We care a lot more about hearts than charts. Our passion is for souls, not sales, and we only do concerts as a way to make converts and fulfill the great commission.”

Christafari has just released the official music video for their song “Elevator” from the “Apokalypsis: Sounds of the Times” album. ‘Elevator’ is an UPbeat and UPlifting track which became an instant fan favorite at their recent shows. You can listen to ‘Elevator’ and watch the accompanying music video below or on Christafari’s YouTube channel @ChristafariBand. You can hear the story behind this song and learn about the making of the video at: Mohr asks fans to take a moment and genuinely ask themselves, “Am I going up or going down?”.

Christafari’s unstoppable tour schedule has the band performing in Guatemala, Belize, and Argentina through the end of 2022. You can stay UP on all the latest news, shows, and missions on social media at Facebook: Twitter: and Instagram:

“We are musicianaries; musical missionaries with one primary goal; to reach as many different peoples and nations as possible with the undiluted gospel of Jesus Christ. We commit to sharing this great news through our lives, humanitarian efforts, music, and at each of our outreach events with a clear call to salvation. We desire that all of our actions and songs give glory to God, edify the Body of Christ and encourage the church to embrace diverse styles of worship.” – Christafari Band