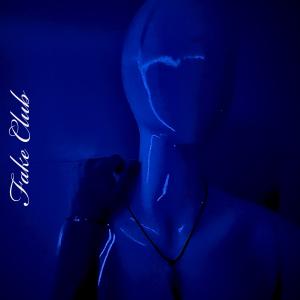 From Sheeran to Capaldi, could Vernicos be next?

This is only the start, I want to change the world through musical and lyrical honesty and vulnerability.”

LOS ANGELES, CALIFORNIA, USA, March 15, 2022 /EINPresswire.com/ — Victor Vernicos is a Greek Danish singer/songwriter/producer that sparked the interest of labels and management teams from his very first self released song “Hope It’s In Heaven” at the age of 14! This led him to sign with Royal Music and 25/7 Management that recognized his potential and stepped in to help him kickstart his early career. On March 11, 2022 Victor released his official debut song as a professional artist Fake Club that had a very positive response in the US with college radio stations such as KSCU adding it as a regular favorite in their playlists and a number of radio interviews lined up.

Fake Club is characteristic of Victor’s songwriting that stems from his personal real life experiences and expresses emotions that we can all associate with. What is truly unique is his teenage spin and intense energy that flows unfiltered from his songwriting to his singing all the way to his on screen performance.

This native teen spirit seems to speak directly to adults and youth alike and is apparent in his fresh, one-shot music video of Fake Club that was released on the artist’s official YouTube account on March 11, 2022. The music video was filmed in a central pedestrian street underneath the Parthenon in Victor’s home town of Athens, Greece.

“This is only the start, I want to change the world through musical and lyrical honesty and vulnerability. I feel so grateful and privileged to be able to live in this world where anyone can do anything. I want to prove to everyone that you CAN do anything, no matter where you come from.” said Victor when asked about his future goals while adding: “‘I believe what my biggest blessing has been realizing what I want to do for the rest of my life from such an early age’.

Victor is currently in a composing frenzy balancing his time between school, studio sessions and music video/photo shoots. “When you meet Victor you immediately see an intense personality of someone that lives and breathes music. He has an insatiable need to create and his raw talent makes him a one man music production powerhouse” said Stavros Xenides who was one of the first producers to discover Victor and decided to take him on as his mentor.

Victor is planning on releasing a number of singles in 2022 and is expected to release his first album before his 2023 EU and US tour.

Listen to Fake Club on Spotify