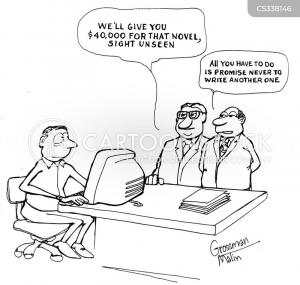 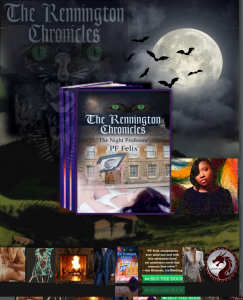 Every piece of the universe, even the tiniest little snow crystal, matters somehow. I have a place in the pattern, and so do you. Thinking of you this holiday season!”

TUBi contains some of her most beloved classics (such as Aliens, The Last Dragon, Howling (franchise), V- TV series, Predator, The Gate, & Children of the Corn… just to name a few). You can imagine her sheer excitement in discovering these goldies on the new streaming service, as she notes that “living in a world when new entertainment/content is being pumped out but lacking in real-substance; watching my oldie-goldies resurrected for my enjoyment made me feel a sense of nostalgia I almost thought was buried in the entertainment repositories”.

However, author notes that when sifting through other unknown (to her) titles, she quickly discovered that several of these (newly watched, yet) old films appeared to be almost identical to other (sometimes classic) flicks; some of which were renditioned as parodies, purposefully. As author notes, “With this realization, I became fixated on watching, nay studying these remakes with one purpose in mind; trying to detect a silver lining”.

Well, it’s no surprise that this Bahamian native finds Hollywood’s copycats fascinating but is not the first (and most certainly won’t be the last) to realize this trend. In another article by Rob Frappier, “10 Copycat Movies – Which was Better”, he listed 10 blockbuster films that were identical in plots and structure, noting that “If you have a feeling of Deja Vu, don’t worry. It’s only because you ‘seen’ virtually the same ‘info’ twice…”. Author PF notes that she couldn’t agree more with the columnist and feels that “there is nothing wrong with mimicking prior materials or content, but only if the output renders a product that offers something unique, other than a change to the lead actor(s)”. Author further notes that “I’m not talking about revamped productions (ex: “V”– both the 1984-85 version & 2009-11). Continuations to popular stories can be fun, but when you are clearly producing ‘copy-to-paste’ content, the brand of the original can be affected, losing its luster if the remake out-produces the original. Luckily for author, the films that she’s watched, she believes that the renditions simply can’t hold a candle to the ‘originals’ flame. Author notes that “it’s really important that copycats try to present themselves as unique and give viewers something to think about, other than… “I liked the original better”.

During author’s research, she observed a(n) [E]news trend where many companies are being accused of pirating works from unknown scriptwriters or authors just to produce new content or movies. Without treading too much into dangerous territory, she wishes to offer Hollywood another alternative to procuring works via a “Pitch-for-Pennies” idea she has, affording all parties an inclusive and win-win into the mystical world of the SILVER-SCREEN. Author believes that “in the spirit of inclusivity and All-LMs, we the ‘Invisibles’ deserve a chance to grow our brands in return for providing fresh ideas to the fold, ideas that would otherwise be unheard”.

Author personally feels that she’s fallen prey to one streaming giant, in particular, fabricating a Writer’s Workshop Program (2021), as a ploy to steal works submitted in good faith.

Author states, “that although I can’t list the name of the company or the movie program, I’m personally looking into it, as I have copies of my submissions and realized that the movie in question contains plot points almost 1-to-1 to my novel, titled, “The Night Professor”. Although author is ‘NOT’ accusing the streaming titan of anything (to date), until the investigation subsides, she has canceled her subscriptions and will encourage her 6.7K Soc-M followers to do the same.

As for author, in addition to creating new reviews that catalog & compares paranormal movies, author is elated to note that she will be traveling to the UK to visit the REAL village of Rennington (same name as her writing company) for research purposes and will document her travels via a VLOG for her fans… “To me, entertainment is just as important as other forms of media; it helps us reflect, explore, and sometimes educate…”

PF Felix is a paranormal, romance author born in the West Indies, but working out of the Bay Area, (Nor) California. While Felix has worked in various industries, including education and healthcare, PF’s true passion is writing. PF Felix takes inspiration from real-life events and incorporates them into her writings. THE RENNINGTON CHRONICLES is a fusion of religious tales, recreated in a modern world with enticing characters and even current, real-life situations. With over 20 years of writing experience, PF Felix aspires to use her talents to take readers on a journey. To find out more about PF Felix and her upcoming releases, visit or learn more at https://youtu.be/0QqqtRak9wI